Hundreds of thousands of people visit BMW's four-cilinder BMW tower and the bowl-shaped museum next to it each year. The museum showcases the technical development of cars and motorcycles and also has some exhibits about the history of the company. Many old cars and motorcycles are on display along a spiral ramp that curls along the inside of the bowl-shaped building. 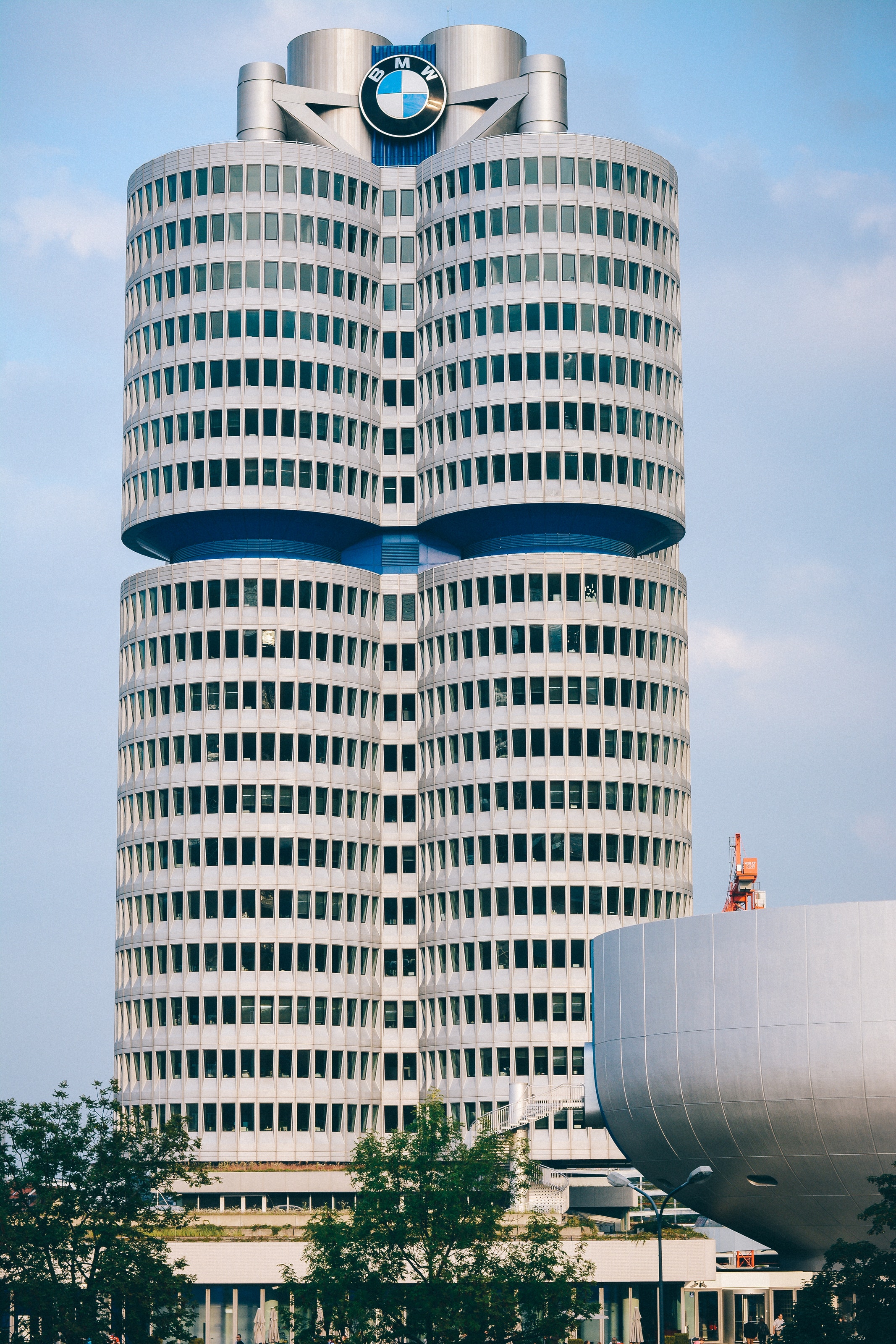 The BMW Museum takes you on an upward winding tour of the many accomplishments of the world famous auto maker. An experience worth the time and effort to swing by Munich if you are ever in the Bavarian area. While at the museum be sure to take the sky walk across to their fabulous show room and accessories store. 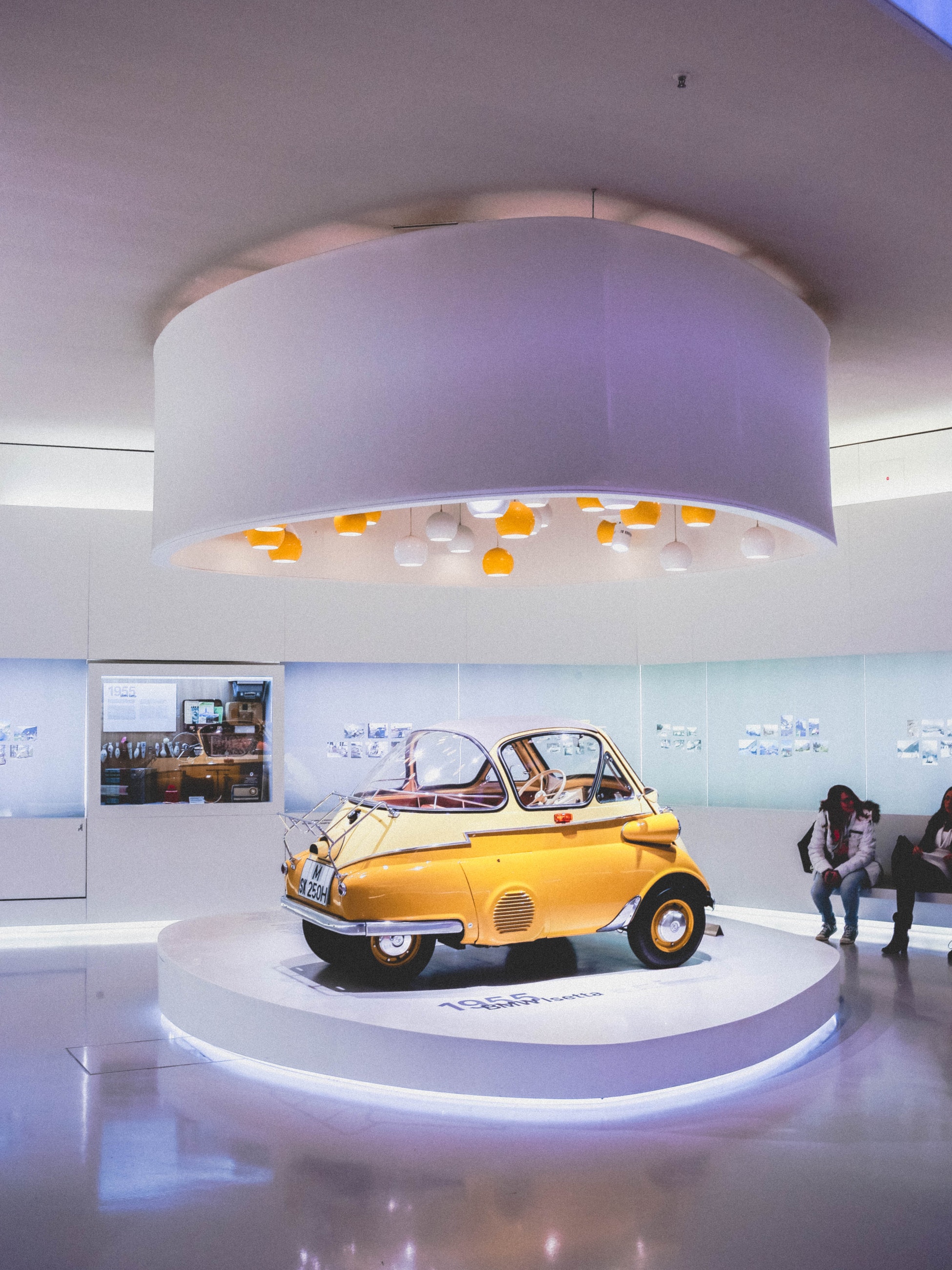 You can combine this with a visit to BMW Welt and the Olympic Park. A nice day park at the Olympic Park only 5 Euro for the whole day - then you can stroll through the park to BMW. The museum has a huge amount of classic cars and great exhibits, however you may find yourselves confused with the layout and wonder if you'd missed anything. The layout really could be better but it didn't detract too much from the experience. The Mercedes and Porsche Museum layouts in Stuttgart, by comparison are so much better, well worth a visit. 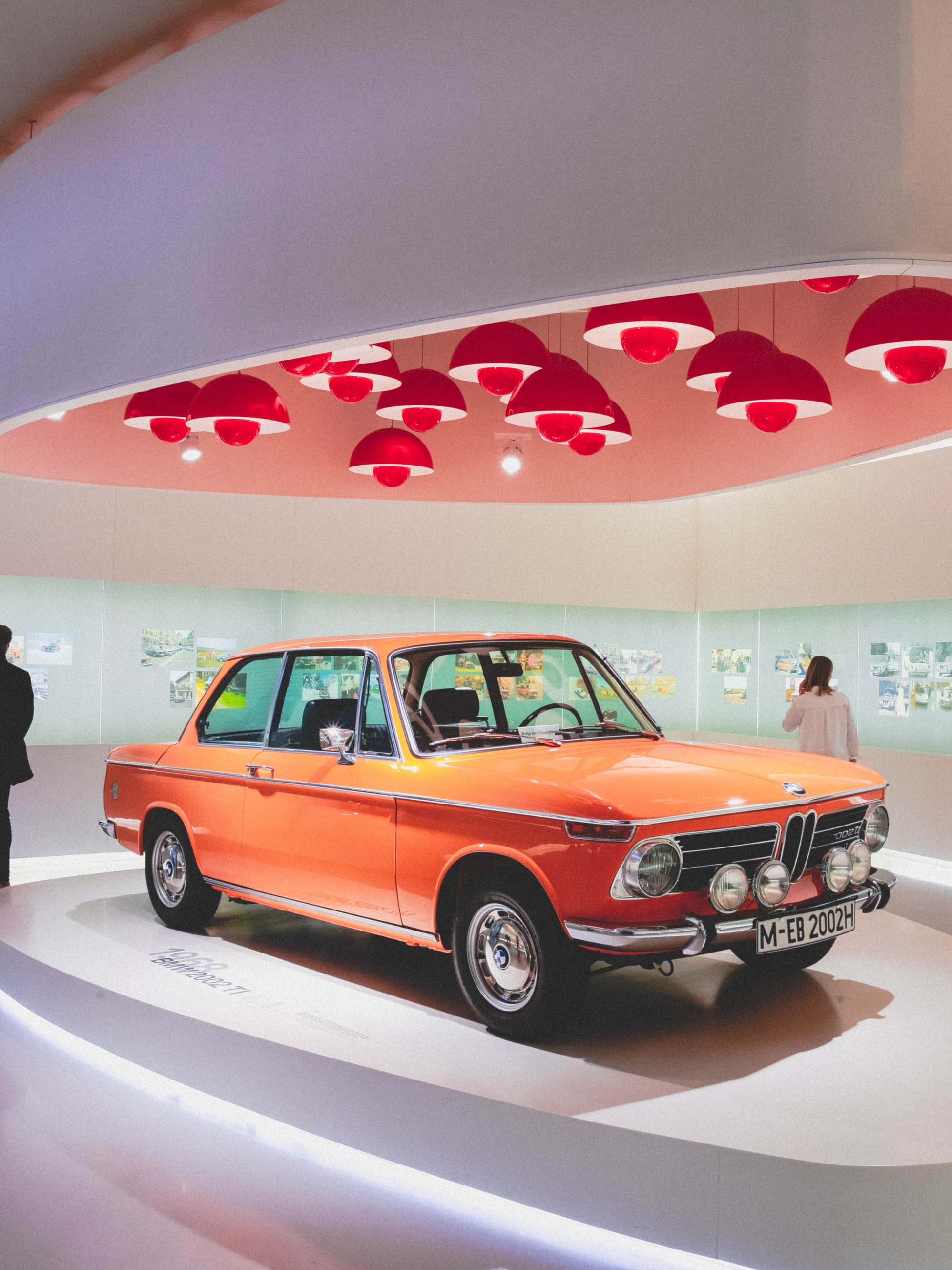 BMW developed an awareness of its history during the very first years of its existence. In as early as 1922, its first products were displayed as not-for-sale souvenirs in a room at the Munich plant. This evolved into the plant museum, which was upgraded with a new historical exhibition in 1966. 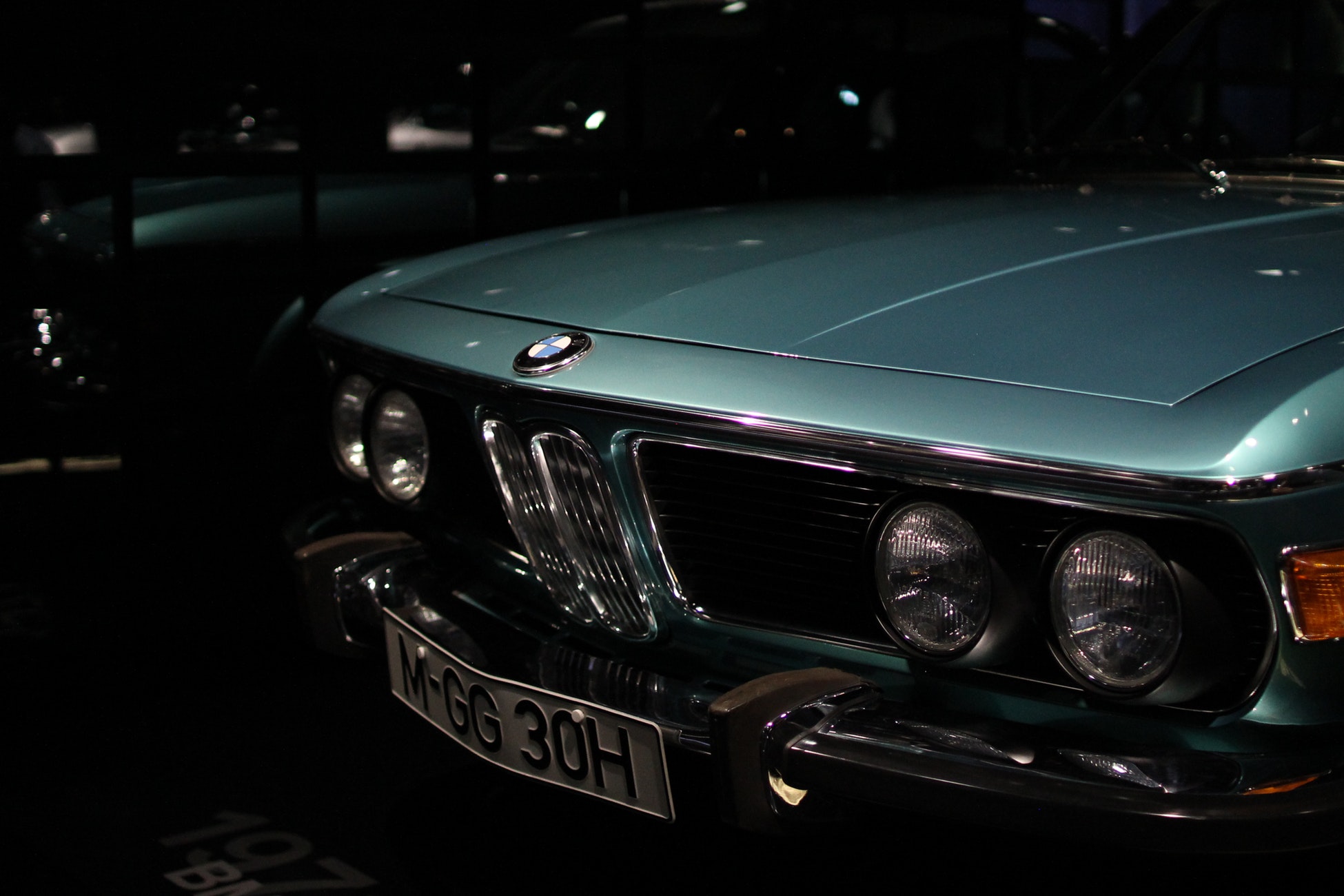 In the late 1960s, the BMW board decided to build a new administration centre, for which the Viennese architect Prof. Karl Schwanzer won the international tender. BMW has him to thank for the forward-looking BMW Tower ensemble, featuring an independent museum building in the form of a silver-grey bowl. The BMW ensemble was officially opened on 18th May 1973.

The exhibition in the new building consisted of a fairly simple display of exhibits, which did not intrude on the characteristic architecture of the museum. Over the years, the increasing number of visitors turned the BMW Museum into one of the most frequented company museums in Germany. It displayed three permanent exhibitions during its first 30 years.

Zeithorizonte (Horizons of Time), from 1991 to 2004, was also conceived by Rolf Zehetbauer and devoted to major environmental and research topics: which type of progress is possible and which is sustainable? In addition to historic BMW vehicles, the exhibition focused on the 21st century. Among other things, an interactive exhibit presented a futuristic car cockpit equipped with all kinds of electronics. 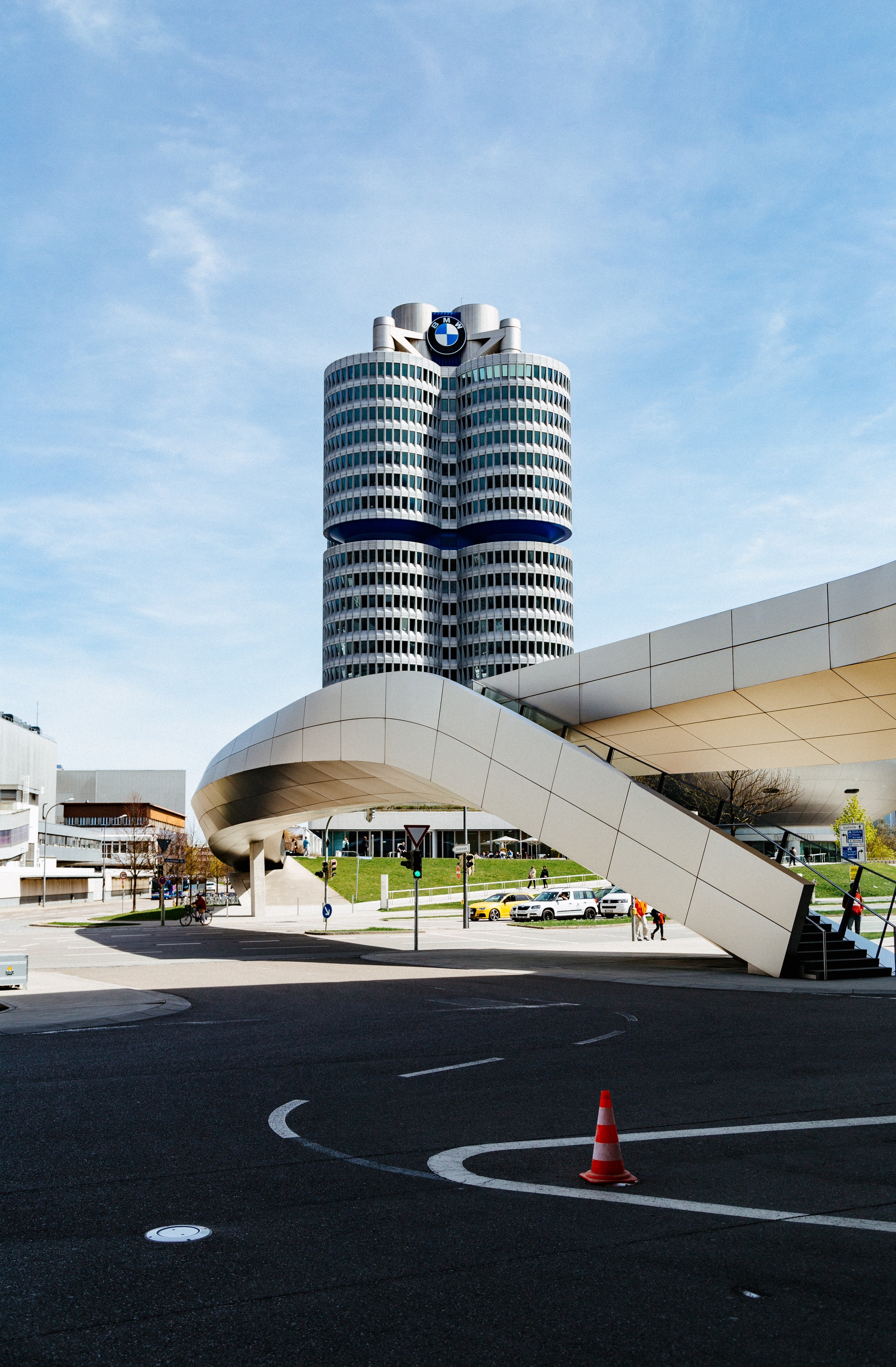 The new concept for the BMW Museum was developed out of the success and experience of the previous museum, whereby new emphasis was placed on stressing the importance of the BMW Museum as a brand museum.

Planning began in the spring of 2002, followed by radical redevelopment work in 2004, and culminating in the museum reopening in 2008. BMW commissioned the Stuttgart architects and exhibition designers Atelier Brückner and the Berlin-based ART+COM media designers with the work. The restoration of the building shell and other technical aspects were carried out by ASP Schweger Associates.

In view of the company’s importance as a global player and its extensive range of products, the new design provided for a considerable enlargement of the museum. First of all, the former museum bowl was connected with the neighbouring low-rise building to increase the exhibition space from an original 1,000 square metres to 5,000 square metres, meaning the new museum now boasts sufficient space for the presentation of about 120 exhibits.

The concept referred back to an idea dreamt up by architect Prof. Karl Schwanzer, the creator of the BMW Museum in 1973. He defined the inner structure of the round building as a continuation of the road in an enclosed space. In the adjacent low-rise building, the notion was further developed in a contemporary manner with a modern reinterpretation of his vision of a ‘road in an enclosed space as the principle of dynamic architecture’.

Analogous to the structure in the round building, where platforms were placed like squares along the road, the exhibition areas in the neighbouring low-rise building are organised along a ramp which forms the central visitors’ path. The bowl is reserved for temporary exhibitions, whereas the low-rise building provides space for an extensive theme park, for which its interior was gutted and completely restructured.

Seven exhibition houses have been built in the low-rise building. Each of the houses has been given an individual ‘identity’ developed on the basis of the museum’s themes. This individual appearance creates a context for the exhibits and provides a set of reference points along the route through the museum, measuring approximately 1,000 metres in length. The tour route has been designed with no crossroads and takes the visitor to all 25 exhibition areas.

The museum architecture, and exhibition and media design form an ideal setting to present a rich tapestry of themes in a very special way. The BMW Museum takes new approaches by integrating contemporary architecture with the historic buildings, in the same way that the brand is always setting new and innovative benchmarks for engineering and design.

During construction between 2004 and 2008, the museum bowl was restored to its original 1973 state. A central visitors’ ramp in the bowl connected a system of seemingly hovering platforms. The interpretation of the ramp as a road and the exhibition areas as squares became integrated into the neighbouring low-rise building as part of the new museum concept by the architects and exhibition designers at Atelier Brückner.

The exterior façade of this rectangular building was preserved as a ‘historical shell’, while the ceiling structures were removed and the interior was completely gutted. Contemporary architecture was integrated into the newly-created, larger space consisting of a surrounding ramp and seven individual exhibition areas. This glass-and-steel architecture strikes a deliberate contrast to the bowl.

To the outside world, it appears as a massive, self-contained concrete sculpture and its interior is dominated by the character of an open space, whereas the architecture of the low-rise building is more urban in nature. The two building sections, the round and low-rise constructions, are connected via a visitors’ ramp, which leads the guests to all of the 25 exhibition areas. Soak up the exquisite beauty of the Island of Flowers during a guided catamaran sail to Taboga. Cool off in the tranquil waters of Taboga Island, savor a healthy lunch

Luxury Cars News 2018 The 570GT adds extra comfort and practicality to breathtaking performance. Every bit a McLaren, it’s optimised for the road and makes the ultimate sports car