From Metolius Balancing Rocks to Seven Magic Mountains here are 19 Unbelievable Places You Can Visit. Where would you go to visit?

In the Peruvian Andes is Rainbow Mountain, a mountain that seems to have been covered in artificial paint stripes. The mountain is full of vibrant colors that you would never expect to occur in nature. But it is actually the natural result of sediment from the area, and you can visit it.

It will take some skilled hiking to get to the peak of though as even experienced hikers say it takes six days of climbing tough terrain to locate. 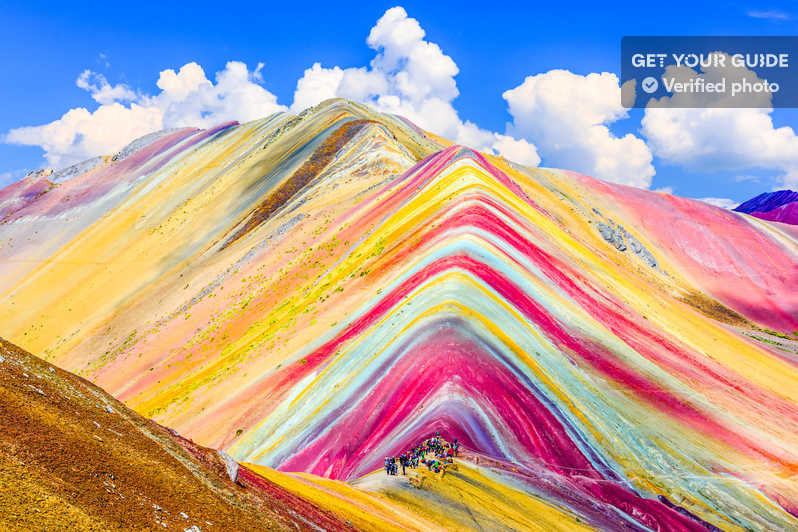 When a juniper forest burned down near Cove Palisades State Park, it revealed a series of rocks that seemed to be impossibly balanced on naturally formed towers.

The balancing rocks were actually known to exist by Park Services but was kept a secret to avoid vandals and climbers who might endanger themselves by getting near the rocks. Without the forest to hide the location, the balancing rocks are no longer a secret and are free for anyone to visit. 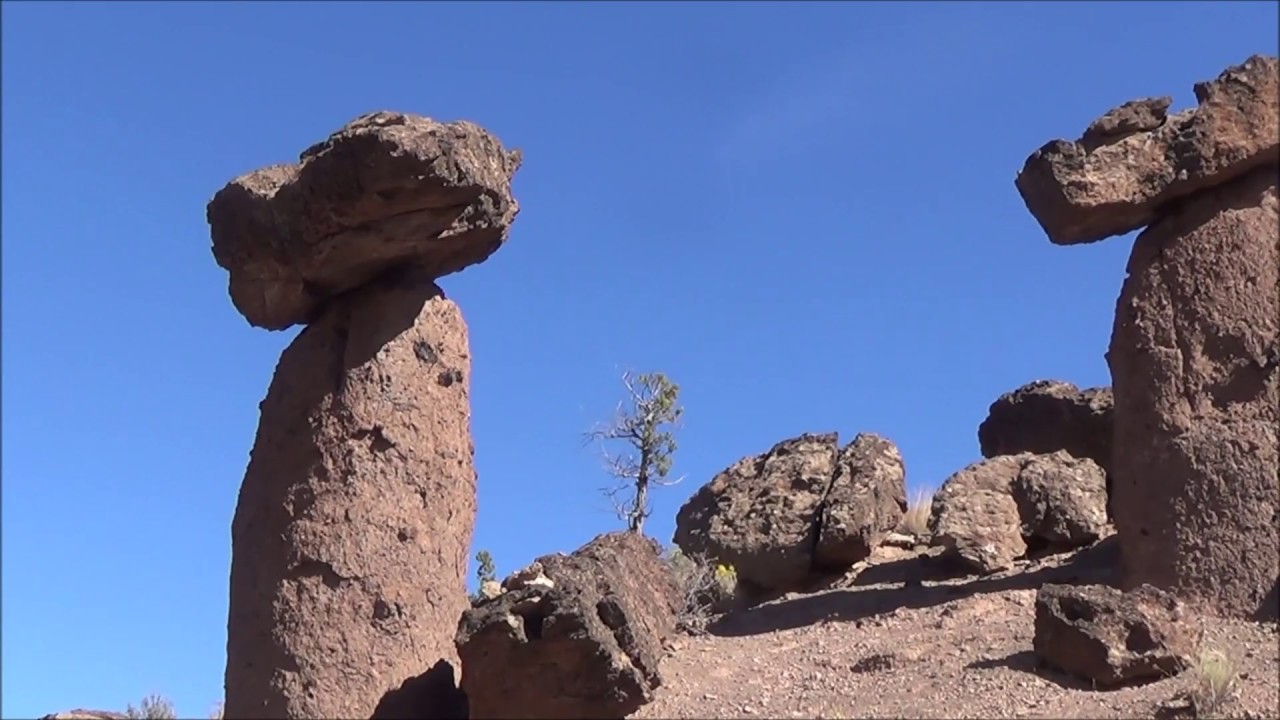 Kainay Lake is a mountain lake that you can find in Kazakhstan’s Tian Shan Mountains. It was formed after an earthquake caused a landslide and created a dam that filled the lake.

The earthquake and subsequent flooding of the small valley killed some trees and those same trees now stick out of the otherwise normal looking lake. They are a ghostly remainder of what used to be here and an unusual quality to the lake. 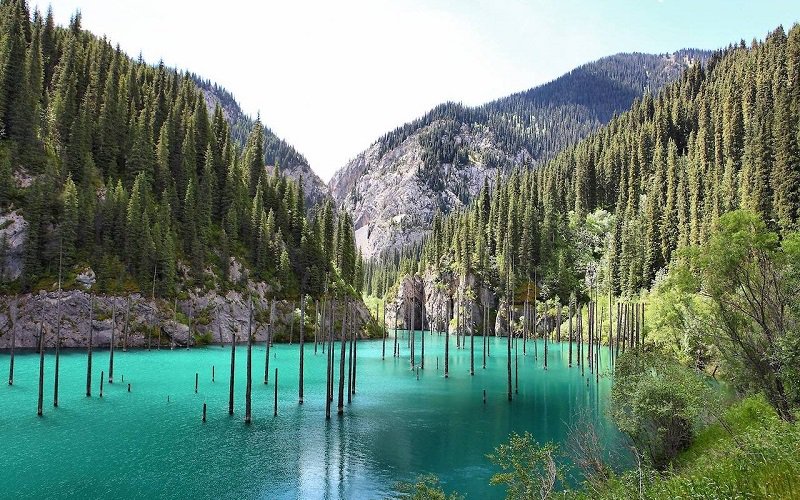 On the edge of the Oregon coast, a deep sinkhole swallows an infinite stream of water from the ocean making it look like a bottomless well. This is known as Thor’s Well, and it is a deep hole in the rock that goes around 20 feet deep.

It is highly dangerous to be around during high tide, but that is when most people want to see it despite the fact that they are risking being sucked into the well. 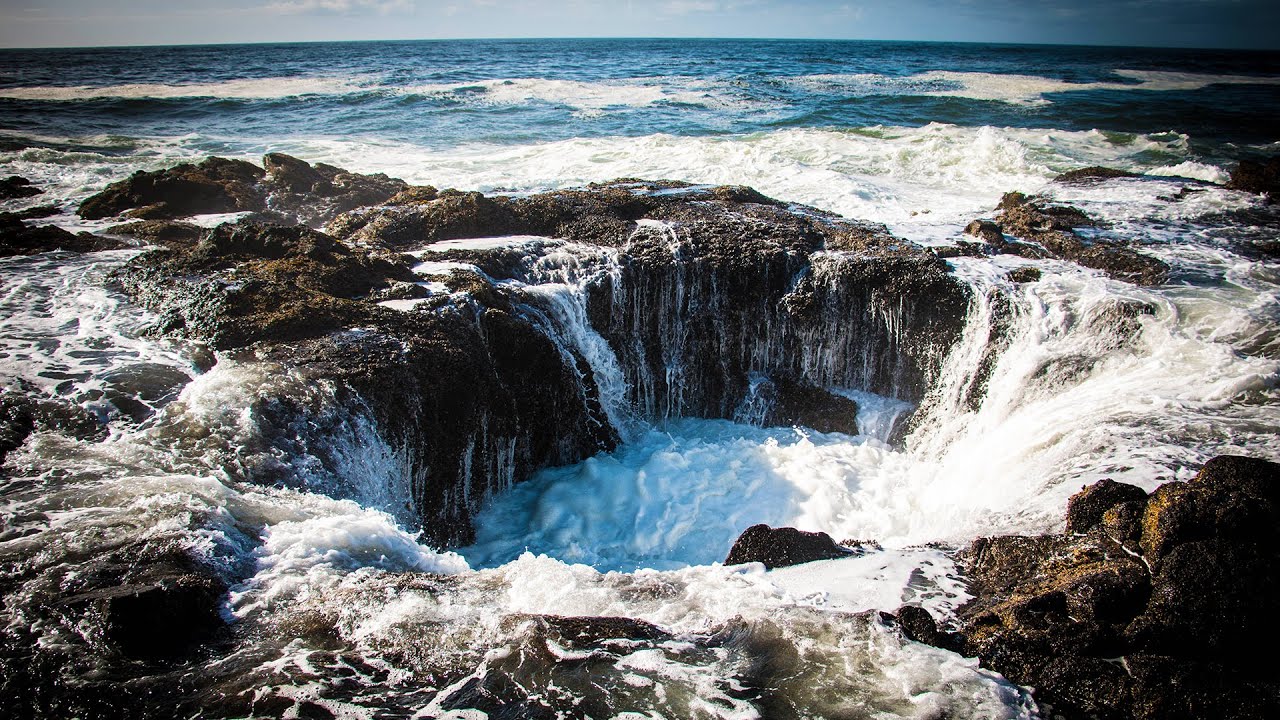 In Southern France, you can find the Salin Aigue s-Mortes which is .a salt marsh that is tinted a light pink color.

France has been exporting high-quality salt for centuries, and pink salt marshes aren’t that rare, but what makes this scenic French marsh is also a known place for Flamingos to flock. 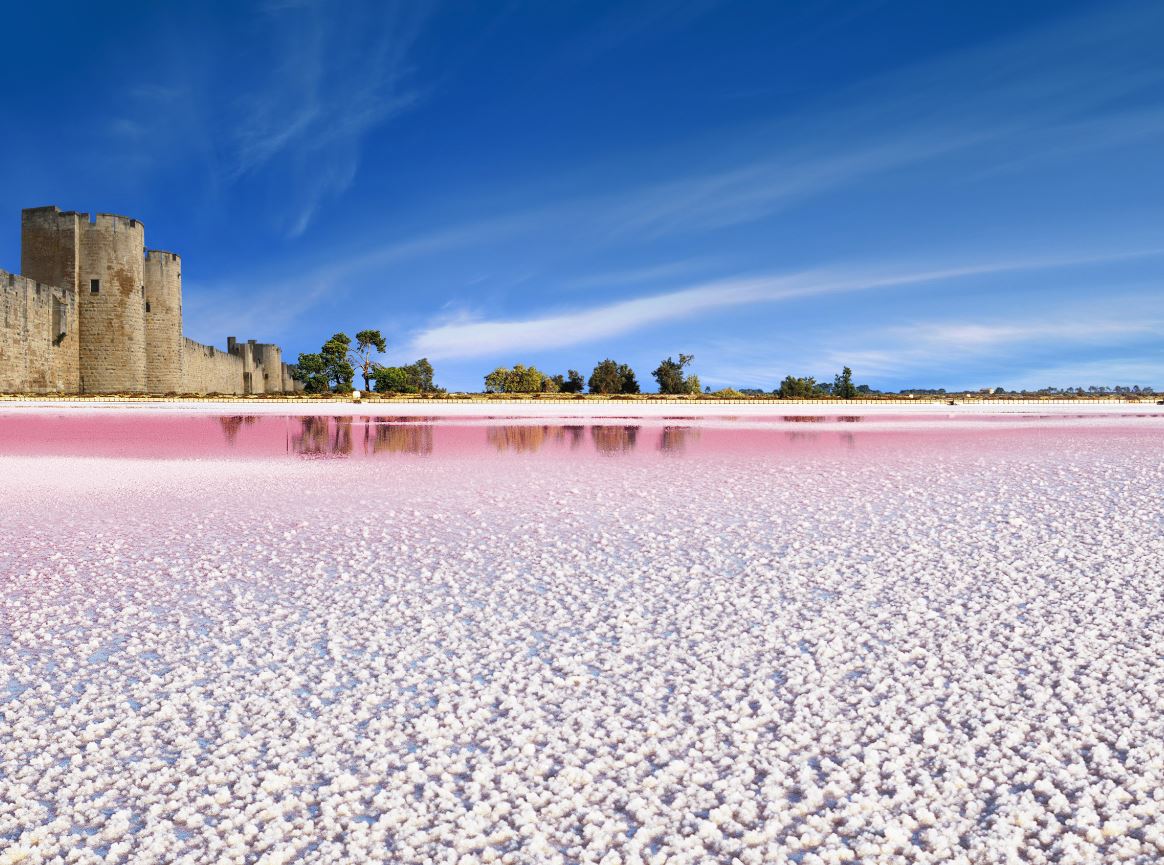 Las Vegas is known for mostly knowing things like nightclubs, luxury restaurants, and high-risk gambling but there is something just 10 miles out from the city that offers a reprieve from all of that.

The Seven Magic Mountains is an installation out in the middle of the desert made of huge technicolor boulders.

Seven stacks of painted boulders beckon travelers from miles away. You can visit this strange monument for absolutely free until May of 2018. 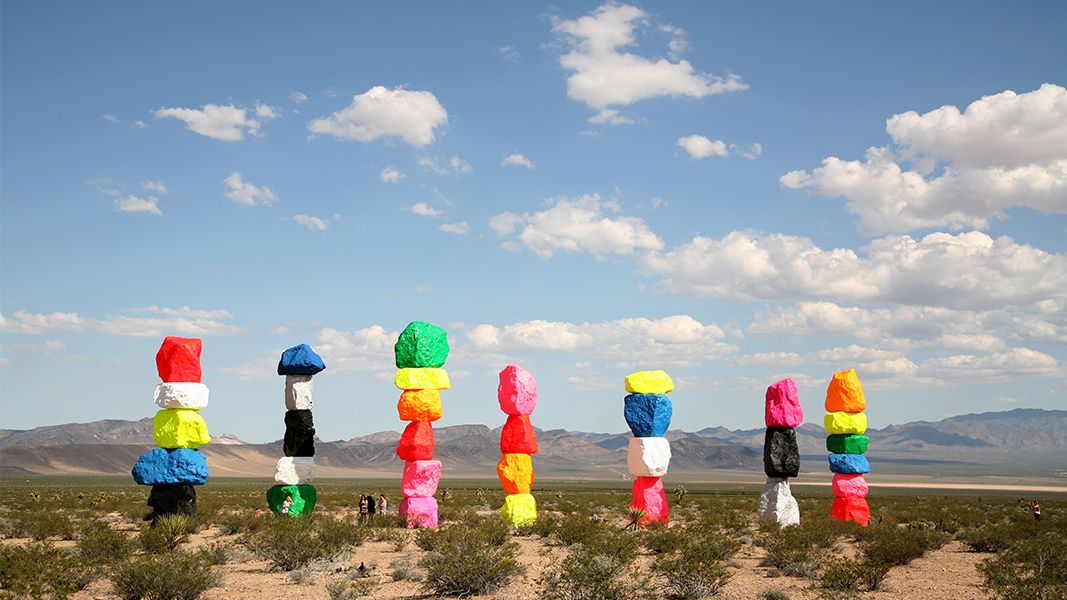 The Witch’s Well is a structure in Estonia that floods the entire area and has been accused of being the product of witchcraft.

The well actually digs into an underground river that usually does not pose a problem until it rains.

After the rain, it overflows and starts to overflow from the well and floods the area. 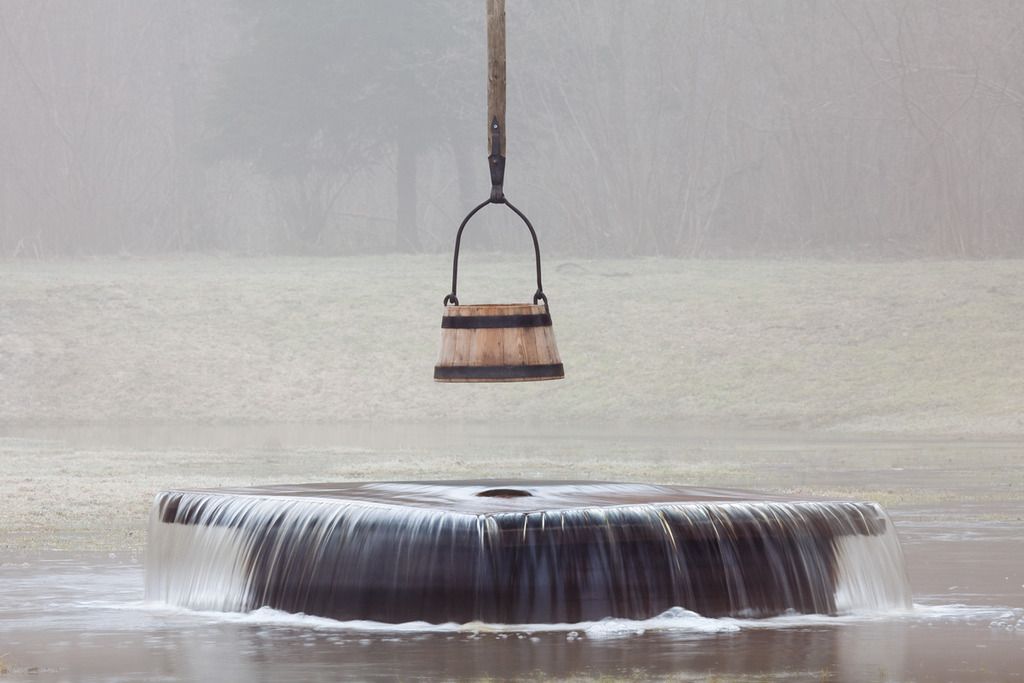 On an uninhabited island just off the coast of the Republic of Palau in the Pacific Ocean is a mysterious lake.

The lake is completely isolated with no connection to the ocean, but it is still full of jellyfish.

The lakes were once connected to the ocean, but 12,000 years ago the passage was gone.

A jellyfish population has sustained themselves in the lake for years now, and visitors are allowed to go swimming in the lake as long as you don’t go deep scuba diving.

There is also a layer of hydrogen sulfide 15 to 20 meters deep which should be avoided. 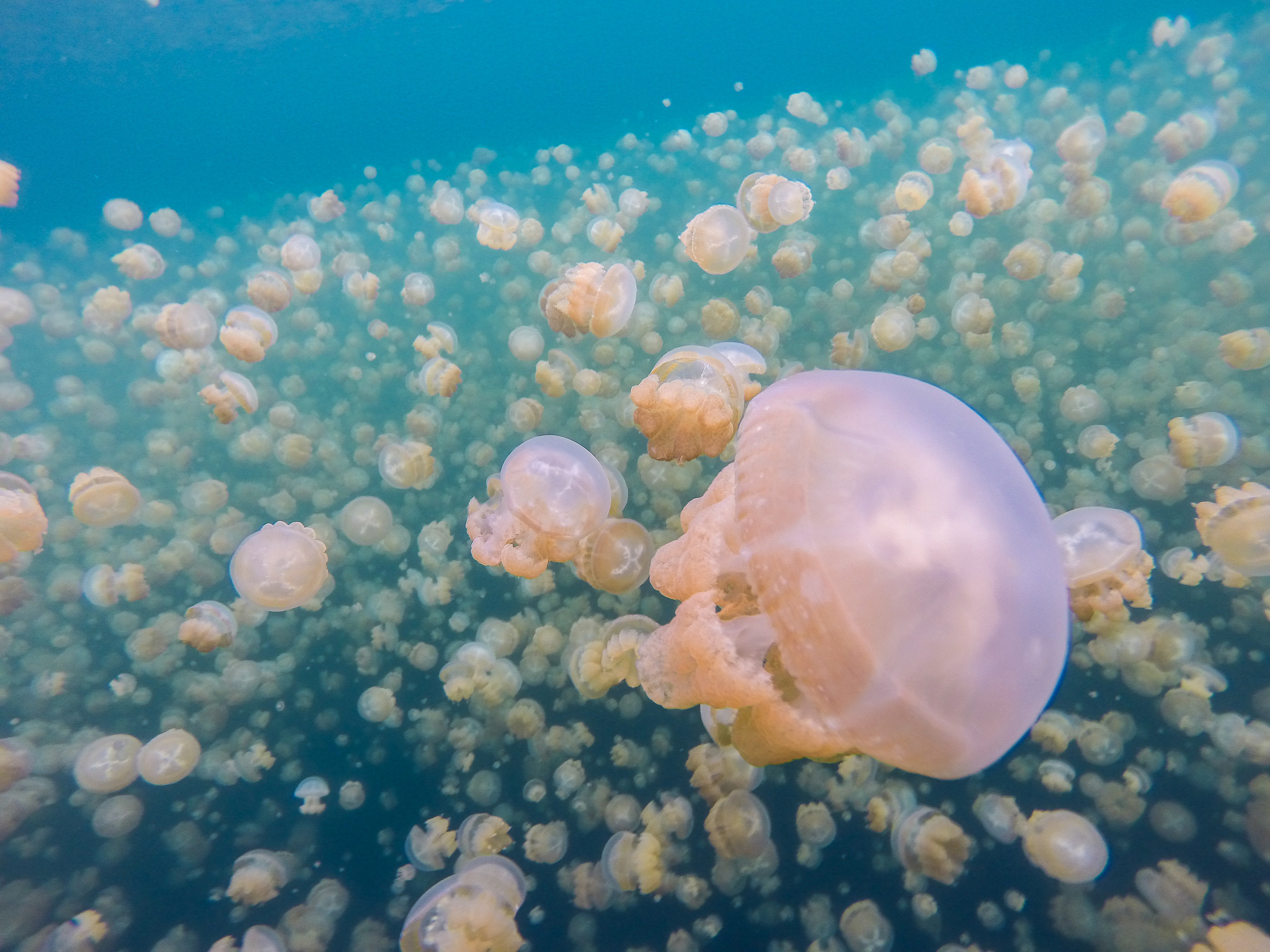 Hitachi Seaside Park is a 470-acre public park in Ibaraki, Japan. It has blooming flowers all year round and is primarily known for its enormous field of Baby Blue-Eyes flowers.

There are reportedly 4.5 million of the flowers, creating a huge ocean of blue flowers. There’s also a million daffodils and more than 170 varieties of tulips, making it one of the most beautiful places for any tourist to see. 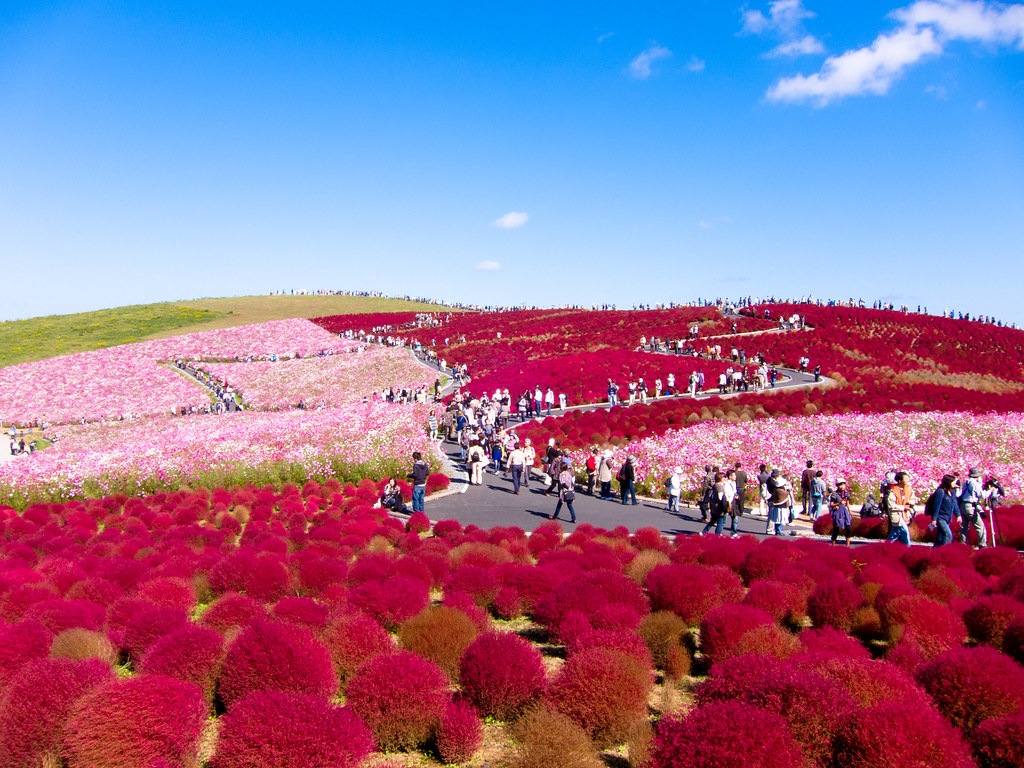 Mount Koshka in Ukraine is also known as Cat Mountain by locals and Russians. It is a 254-meter tall mountain that is viewable within the Greater Yalta Metropolitan area.

It earned its nickname from the fact that it looks like a sleeping cat, which someone illustrated with this image to help other people visualize. 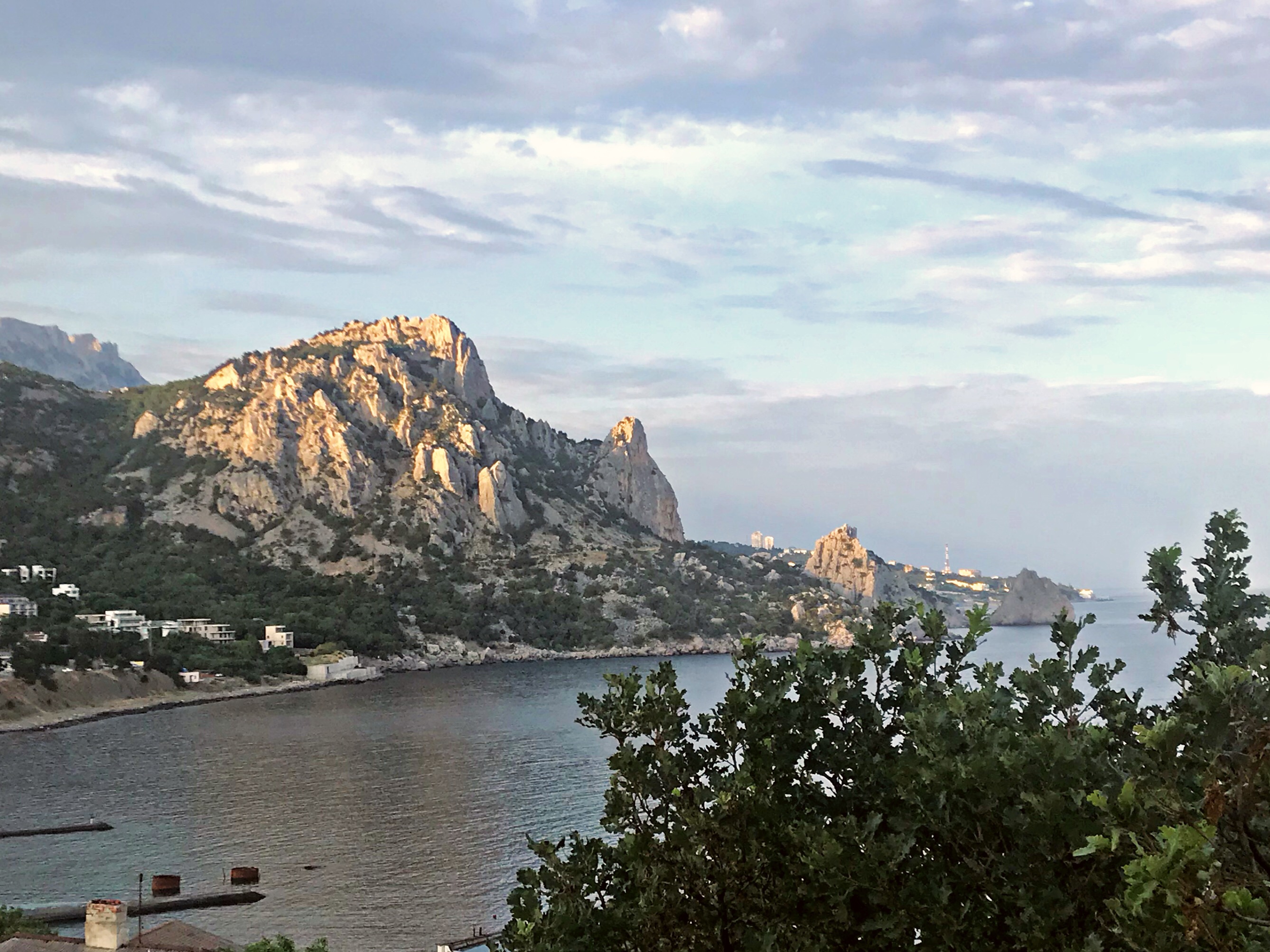