Kylie Jenner and a dress with a (fake) lion's head: it didn't take more for the Schiaparelli show, organized this Monday, January 23 at the Petit Palais, as part of Haute Couture Week, to make the buzz on social media.

Haute Couture Spring 2023 opening is Schiaparelli fashion house. And it is impossible not to WOW !

The outfit wore by  the businesswoman, which is part of the whimsical and surreal spirit of the fashion house, was signed by  the head of the Schiaparelli house for four years, the Texan designer has imposed a creative paw that oscillates between sophistication and performance (threp the eye, spectacular volumes, fun details - we remember Bella Hadid's lung dress).

Here, the black sheath dress, embellished with a sculpted feline head, was also worn by Irina Shayk on the podium. For her part, Naomi Campbell wore a faux fur trench coat from which a wolf's head emerged. The top Shalom Harlow was, for his part, dressed in a strapless dress with the effigy of a panther.

In video, Kylie Jenner makes a sensation at the Haute Couture Schiaparelli show in a strapless dress decorated with a fake lion's head.

The birth of these exceptional pieces was unveiled via a video on the brand's Instagram account, explaining the manufacture of animal heads in "hand-sculpted foam, resin, wool and faux silk fur, hand-painted to look as realistic as possible". With the mention: "No animal was injured to make this look." For his part, Daniel Roseberry explained on the social network that these three animal heads, carved and embroidered by hand, were intended to celebrate "the glory of nature" and to protect "the woman who wears them". The head of leopard, lion and wolf, respectively symbolize lust, pride and greed. This collection, imagined by Schiaparelli's artistic director and entitled "Inferno", is also inspired by Dante Alighieri's Divine Comedy. It represents what Daniel Roseberry discovered by rereading the poem: an allegory of doubt, according to the Instagram account stylenotcom.

The only downside, some Internet users did not immediately understand the meaning of this parade. One of them felt that the show was sending the "bad message".

"The fashion house plays on all the boards," tweeted Muriel Fusi, co-president of the Animalist Party. Hoping to satisfy animal defenders by using fake, and exploiters by appearing a hunting trophy, she could well put everyone on her back."

An opinion shared by Sophie Maffre-Baugé, president of an anti-corrida association. "Incenment to the animal object, ornament, accessory, incentive to wear fur, incitement to the violent domination of man over the animal, ode to hunting, trophies, safaris... in short incitement to exploitation and animal suffering," she wrote.

The reaction of the PETA

The People For The Ethical Treatment of Animals (PETA) also reacted by saying that the fashion house had "menti". "Although art, including fashion, can be subjective, Schiaparelli's assertion that "no animal was injured" during the manufacture of this collection is objectively false," reads the statement. Indeed, silkworms were scalded alive and sheep were exploited for their toes to obtain the silk and wool used in the manufacture of these clothes."

"Whoever fears that these dresses will glorify the trophy hunt - a perverse practice of a minority group that is not strongly involved in the world of haute couture - should have a thought for the animals that have really suffered for this look and for the countless sensitive beings who are confined, mutilated, abused and killed for fashion," continues the official message.

The association also called for "opting for vegan clothes - and made with compassion - that are fortunately more and more available nowadays". However, the collection signed by Daniel Roseberry was unanimous during its presentation, welcomed, at the end of the parade, by a standing ovation.

In video, Kylie Jenner, the youngest billionaire in history

Why is Fashion Week in Paris?
Paris has been the capital of fashion since the XVIIth century, in those days they would send fashion dolls with miniature dresses to all the European courts to show the latest trends, and promote the manufacture of French silks, ribbons and laces (don’t forget that fashion is primarily an industry)…
Read more

Double
Sponsored
There are a thousand ways your startup can fail.
Learn the 38 laws that make you unstoppable instead.
Read More

Profile photo for Daniel Tillett
Daniel Tillett
·
Follow
CEO at Nucleics (1999–present)
·
4y
Why did "exposure" and "trade" become acceptable forms of payment in the modeling industry?
More supply than demand. These sort of outcomes happens in all “glamorous” industries where there are more people wanting to do the job than jobs available. I think another contributing factor is the industry acceptance of “non-classically beautiful” models (i.e ugly people). This has greatly increas…
Read more

Profile photo for Sean Brown
Sean Brown
·
Follow
Lives in Chicago
·
4y
Who conceptualizes the shows for the major fashion houses for Paris Fashion Week?
In fashion a collection generally has a story writtten by the designer attached. It creates a narrative to give functionality and enticement to consumers. Some designers wear a dual role as clothing and production designer. Others have a team of people to handle various tasks.…
Read more

Profile photo for Jeffrey Thompson
Jeffrey Thompson
·
Follow
Former Trend/Fashion/Color Director
·
3y
How did Paris Fashion Week get started?
The first recognized Paris Fashion Week was held in 1973 and organized Haute Couture, Ready-to-Wear, and Men's Fashion into one grouped showing by the Fédération Française de la Couture. The event was a fundraiser held at the Palace of Versailles to restore the palace. The extravaganza was named Gran…
Read more

Profile photo for Mary Jason
Mary Jason
·
Follow
3y
What are the biggest trends from Paris Fashion Week 2018?
How it’s the 80s again generally, have a look here, give the idea straight away DION LEE

Profile photo for Yanne Harrington Salomonsen
Yanne Harrington Salomonsen
·
Follow
Lives in Milan, Italy (1993–present)
·
4y
Does Milan or Paris have the brightest future in fashion?
Well, that question builds on the presumption that one city is better than the other. Italian and French fashion are both going to have a bright future in fashion — Paris is high fashion haute couture and Milan is more of a fashion for everyone more relatable for normal people and situations but the…
Read more

Profile photo for Henry Miner
Henry Miner
·
Follow
Marketing Consultant
·
3y
How can I get a gig at fashion week shows?
The first and most direct way to get a gig at Fashion Week is to work for one of the bigger design houses in fashion. Your ability to obtain a job for these intuitions will very depending apone you profession. Now I'm going to assume you work or have worked in public relations or some form of news m…
Read more

Profile photo for Jeffrey Thompson
Jeffrey Thompson
·
Follow
Former Trend/Fashion/Color Director
·
3y
Does Milan or Paris have the brightest future in fashion?
Paris is the global capital of fashion and will continue.

Dreame
Sponsored
Read the novel in Dreame: My Boss Is the Father of My Babies.
She was driven away with babies by her fiance. She didn't know the father of babies until 5 years later.
Read More

Questions for you
Why is Fashion Week in Paris?

Profile photo for FinanceBuzz
FinanceBuzz
·
Follow
Jan 18
How do I become a millionaire?
Browse countless forums, and you’ll find endless advice on adopting “habits” to help you become a millionaire. You’ve probably heard some fake finance guru tell you to wake up at 4 A.M., take an ice bath, and exercise 7 days a week to maintain a positive mindset 24/7. But this advice has nothing to do…
Read more

21
Questions for you
What did Kylie Jenner wear at Paris Fashion Week? 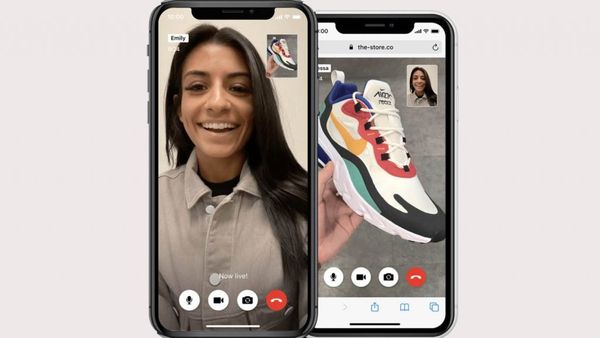 Shoppers want to see, feel, and try on apparel before they buy—it’s one of the most important factors impacting a shopper’s decision to purchase.