The exhilarating revs of an overpowered engine. The breathtaking void a supercar leaves behind as it turns around the corner. The downright force it takes to drive the world's fastest cars from 2021-2022 .

It is an endurance sport. It's a spectator's thrill. This year's fastest cars have something for everyone. The fact that they are only accelerating excites all of us, as we watch beyond words cars compete for the most anticipated title: The Fastest Car In The World .

This year's cars are lighter, sleeker and more powerful than any that came before. Now boasting top speeds well beyond the previous “golden threshold” of around 480 km / h (300 mph), the latest hypercars and supercars are works of art in motion. This year, we've narrowed down our final rankings to bring you the seven fastest cars of 2021-2022 - historic auto house cars you should watch out for.

If you blink, you'll miss them.

Some of them might look familiar, as they've owned titles ranging from the most expensive to the fastest in the past. Other names are brand new - but certainly worth remembering. The Devel Sixteen, in particular, should grab your attention: this will be its second year earning our coveted No.1 ranking as the fastest car of 2021-2022. The car remains in development, however, with a claimed top speed of 347 mph.

Join us as we showcase the cars the world will be talking about at least next year - and, possibly, for a long time after that!

Check out our ranking below, our methodology for selecting and ranking the fastest cars in the world, and our answers to the most frequently asked questions by our readers.

On Valentine's Day in 2014, John Hennessey of Hennessey Performance put an end (for a while, anyway) to his feud with Bugatti. After years of fighting, the American automaker saw its Venom GT clinch the world record for the fastest car on the track at NASA's Kennedy Space Center.

The car took two full years to design and develop. 29 were manufactured; the manufacturer only let them go for about $ 1.2 million each.

The supercar itself is stunning, with curvy curves and sleek bodywork. Featuring an ultralight carbon fiber chassis, the Venom GT almost reads a feline, as if it were a black panther ready to leap forward at any moment.

Bugatti has been a historic name in luxury hypercars for years, naturally. The intensely upgraded four-turbocharged W16 that powers the Chiron has improved the speed of this iconic gear added strength to the beauty - with the result that, now, Bugatti only has two places left in our ranking of fastest cars of 2021-2022.

While it may no longer be the fastest car on the market (we'll get to that envied title in a minute!), Bugatti's Chiron Super Sport 300+ has a claim to fame that will be recounted in history books and marveled conversations for years. to come: it was the very first car to cross the incredible barrier of 300 mph (or 483 km / h).

It always represents a perfect balance between form and function, aerodynamics and aesthetics. With an acceleration from 0 to 100 km / h (0 to 60 mph) in 2.4 seconds, this Bugatti certainly has both speed and style.

Next in Hennessey's record-breaking vehicle lineup is another from John Hennessey's Venom lineup: the F5. The name refers to the fastest type of tornado - a natural force that the Hennessey mimics with its immense power and incredible speeds.

Under the hood of the Venom F5 is an American-made twin-turbo engine; the result? Nearly 2000 horses. This gives the Venom F5 exactly what it needs to hit a top speed of 484 kilometers per hour (301 mph). Equally impressive is its acceleration, as it can accelerate from 0 to 100 km / h or 0 to 60 mph in under two seconds.

Built to help Hennessey break a world record he had previously broken with the GT, the F5 has been boosted in style, exclusivity, price and speed. Only 24 were made. The sticker price was $ 1.6 million. The bright yellow carbon fiber shell? Instantly iconic.

After the success of the Chiron Super Sport, Bugatti returned to the drawing board. The historic and innovative automobile company needed to surpass itself; but how can you do this when the Super Sport 300+ was already, apparently, perfection on wheels?

Bugatti's Bolide is a lightweight hypercar that showcases the true breadth of the Bugatti range in terms of beauty, power and innovation. Using the same custom engine from the famous Chiron range, but with more turbos to amplify the spin, the Bolide will truly show the world what the W-16 engine is capable of. It's also light, futuristic (the powder blue paint rests sparingly on its exposed carbon fiber frame) and tiny: the Bolide stands just 39.2 inches off the ground. Its claimed top speed is 310 mph or 498 km / h; it can do 0-60 mph (0-100 km / h) in 2.17 seconds.

In other words: it's worth every penny.

So far, it may appear that the race to determine the fastest car of 2021-2022 has been mainly between two automakers: Bugatti and Hennessey. It makes sense. They are both houses of impeccable pedigree, producing incredible cars filled with raw power.

Corn! It doesn't mean they have this race.

Presentation: the Koenigsegg Jesko Absolut - a hypercar that raises the bar by an incredible 20 miles an hour. For a long time, if anyone wondered what the fastest car in the world was, it was this car.

Swedish automaker Koenigsegg presented this vehicle to set a new world record. As such, they updated the engine of their other popular supercar, the Agera RS; they've invested in more precise handling; and they made this car lighter and more aerodynamic for optimum performance.

However, this car is not just about speed. There's the built-in fun too, with the kind of air conditioning, infotainment, and head and legroom that's typically overlooked when it comes to the world's fastest cars.

The Jesko Absolut reaches a top speed of 330 mph (or 531 km / h); the manufacturer hasn't released any acceleration information - but with that sort of top speed it's sure to be impressive.

What is faster than 330 mph you might be wondering?

North America-based SSC has built a magnificent supercar that is simply packed with the latest and greatest in automotive innovations. In October 2021-2022 in Nevada on a seven-mile stretch of road, Shelby SuperCars confirmed that its fastest supercar had reached a blistering speed of 331 mph, or over 530 km / h.

Unfortunately for those who see themselves driving their favorite cities at this hectic pace, this car isn't entirely road-legal - it uses a camera system, instead of mirrors, to help with steering.

With 1,750 horsepower, an all-alloy flat-crank 5.9-liter twin-turbo V8 engine, and a price tag of $ 1.9 million, the SSC Tuatara may not have needed a speed record to be completely distinctive. Of course, it certainly doesn't hurt.

We got there: the fastest car of 2021-2022, almost unheard of power and speed from the Devel Sixteen - a car that seeks to break any current records it faces. With a claimed top speed of 347 mph (or 550 + km / h), the Devel Sixteen sets the next speed standard: 350 miles per hour.

First launched years ago, the Devel Sixteen features stats that have left the automotive world in a whisper, mystified, as we wait for production: it has an incredible 5,007 horsepower, a V16 engine. 81mm 12.3L Quad Turbo and a general "request for quote". , intriguing aura that constantly surrounds him. This car is definitely to watch in 2021-2022, as what we do know indicates that this will be the car to beat if its statistics are confirmed.

* The Devel Sixteen is under development at the time of publication of this leaderboard. The top speed claimed by the brand has yet to be confirmed. We will update this article as more information becomes available.Website: www.develmotors.com

Our list of the fastest cars for 2021-2022 focused exclusively on legal cars. Great cars you could buy and drive on the road. But to be complete, we must mention two other very special vehicles: the Thrust SSC and the Bloodhound LSR.

The Thrust Supersonic Car is a British jet car developed by Richard Noble, Glynne Bowsher, Ron Ayers and Jeremy Bliss specifically to break the world speed record. It currently holds the world land speed record with a top speed of 763 mph (1,228 km / h), recorded on October 15, 1997. It is also the first land vehicle to officially break the sound barrier.

20 years after its predecessor, the Bloodhound Land Speed ​​Record (LSR) announced its intention to break the world land speed record with a top speed target of 1,000 mph / 1,609 km / h. The car has been in development since 2008 and is powered by a combination of a jet engine and a rocket motor.

300 mph is a very, very difficult step to achieve. While the seven cars we've described here have managed to come close to or exceed this target, that doesn't mean cars with slightly slower speeds don't perform phenomenally.

These eight fast supercars certainly deserve an honorable mention ... and we wouldn't be surprised if these manufacturers rise to the top for a dramatic shake-up in our future automotive ranking:

Methodology: How we select, test and rank the best options on the market

In order to paint a full, accurate and fair picture of the fastest cars in the world, we've researched the cars available this year and over the past few years from the top names in the auto industry. We then ranked each car after carefully reading the manufacturer's specifications and claims, and reading reviews from top car reviewers.

The # 1 fastest car in the world today is the Devel Sixteen. It cruises at a blazing 347 miles per hour, which reinforces its status as an incredibly capable and blazingly fast supercar.What's the fastest commercially produced car in the world?

The 5 fastest cars in the world are the Devel Sixteen, SSC Tuatara, Koenigsegg Jesko Absolut, Bugatti Bolide and Hennessey Venom F5. It is an elite group of hypercars that represent one of the most creative innovations in the global automotive industry.Which cars are being redesigned for 2021-2022?

The Absolute Koenigsegg Jesko is capable of reaching an estimated top speed of 330 mph. This puts the Jesko firmly in the race for the fastest car of 2021-2022, even if it doesn't quite land that winning speed. Luxury brands and high-end retailers need to identify new ways to interact with affluent consumers online. It is especially important to avoid cannibalizing the performance of their offline retail stores. 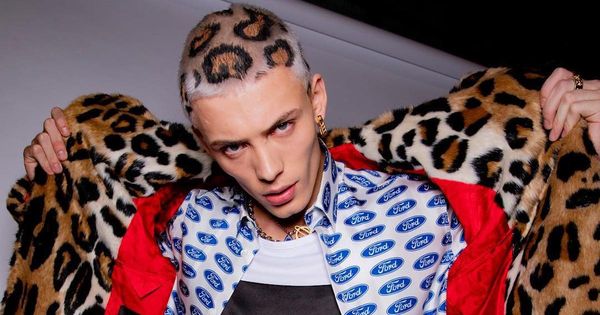 If adopting a new hairstyle in 2022 is one of your challenges, these few lines should interest you. But after years of asking your hairdresser for the same hairstyle, are you still on top of the trends? What are the new trendy men's haircuts?