Rose Hanbury started her career as a model. She poses (in the photo) for the brand Escada Sport...

... with her sister Marina Hanbury, Tara Palmer Tomkinson and Petrina Khashoggi, in London on November 13, 2002.

Rose Hanbury and her sister Marina Hanbury at a party in London on March 10, 2005.

Rose Hanbury and Sophia Hesketh at the David Hockney exhibition at the National Portrait Gallery on October 11, 2006.

Rose Hanbury, her sister Marina Hanbury and Sophia Hesketh at the Asprey party in London on December 7, 2006.

Rose Hanbury and her sister Marina Hanbury attend a Sergio Tacchini party in London on April 4, 2007.

Rose Hanbury at the DKNY new fragrance launch party in London on December 12, 2007.

Rose Hanbury at the Chanel Paris-Londres party on June 10, 2008.

Prince William and the Duchess of Cambridge take part in a gala dinner for...

...including Rose Hanbury, Marchioness of Cholmondeley, and her husband David Rocksavage. The two couples were friends...

until the day when rumors appeared about a possible relationship between Prince William and Rose Hanbury.

An affair that would have taken place when Kate Middleton was pregnant with Louis.

Upon learning of the alleged affair, Kate Middleton would have banished Rose Hanbury and her husband David from the entourage...

... of the royal family earning him the nickname "Vaporizer-in-chief" from the Times.

Even Prince Harry would have gotten involved in it by falling out with his brother William.

He allegedly told her, "Infidelity ruined our childhood. How can you have an affair when...

... you have three children?” referring to the affair between their father Charles and Camilla Parker-Bowles.

Kate Middleton would try, for her part, to look good to protect her family.

The couple made public appearances as if nothing had happened...

As during the Easter mass at the Chapel of Windsor Castle...

... in the presence of Queen Elizabeth II, Prince Harry, Zara and Mike Tindall.

Kate Middleton ignores rumors and shows nothing in public...

... as at the inauguration of the Anna Freud Center of Excellence in London on May 1, 2019.

Kate Middleton and Prince William continue to show themselves, smiling and complicit...

... from hand harvesting to packaging on a tour of the Halen Môn Anglesey Sea Salt factory.

Then, the couple traveled to North Wales to meet with individuals and organizations from the...

... area to see the efforts being made to protect the natural environment such as Newborough Beach.

Kate Middleton and Prince William pitched in to pick up seaweed...

... and to chat with the people present that day on the beach.

Kate Middleton spares no effort, like on May 14 when she attended an inauguration at Bletchley Park...

...that day she chatted with the veterans and attended a special display on the landing.

On May 19, the Duchess of Cambridge visited the RHS Chelsea Flower Show in London...

... this plant and garden festival brings together the world of horticulture and botany...

... Kate Middleton made an appearance with a smile and greeted the audience.

MORE  ON ROYAL FAMILY OF ENGLAND 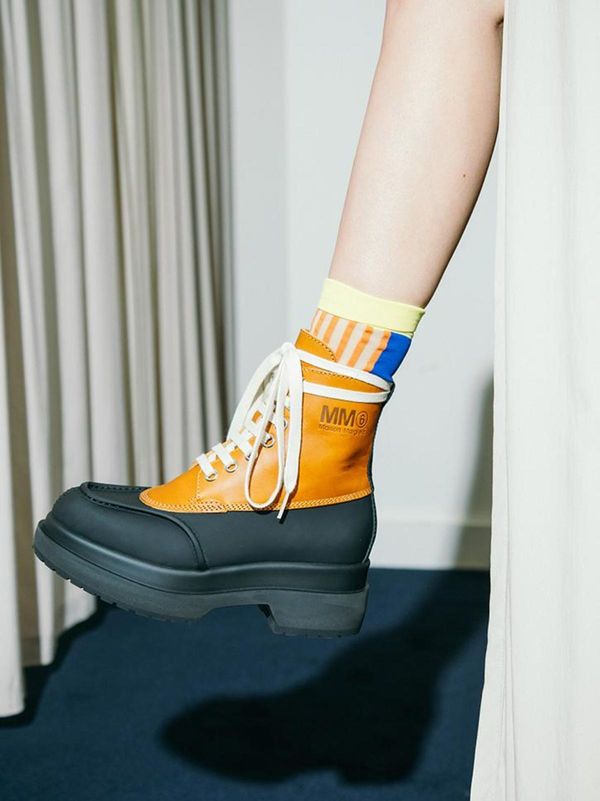 The best ankle boots don't just make your life easier. They take it for a walk in the park . No more painful arches and soggy soles. With the best ankle boots for women, your feet will feel comfy, cozy and so cool, and you can step out onto the streets ready to take on whatever life throws at you.

Champagne Veuve Clicquot is synonymous with celebration. Most of us love any excuse to sip the sparkling sparkle, and it has long been associated with remarkable occasions. Weddings, graduation ceremonies...