Japan is the second country in the world in terms of technology, just behind Finland - and just ahead of the United States. Although Japan is relatively small, with a population of only 126 million people (barely 1.7% of the world's population), it has managed to take a huge lead in technology, science and science. biomedicine.

The country's academic performance levels, for example, are second in the world for math and first in the world for science. Japan spends more than 3.5% of its GDP on education. The emphasis on academic achievement is reflected in the professional world, where Japanese inventors, entrepreneurs and engineers are constantly generating (and regenerating) new data-driven ideas. As you will see, some of these inventions are particularly remarkable and can only be found, to date, in Japan.

What it consists of: A hand -shaped headrest that allows you to take a nap at your desk
Date of invention: 2015
Average price:  40 *  dollars

This preposterous invention may sound scary, but it seems to be popular. This is a hand-shaped head support that attaches to your desk, and you can adjust the shape to fit your head. So you can take your nap in the office quietly, if you want. It's a bit like a third hand in urethane.

You can also use it to rest your alert chin when you are working out. This hand-shaped headrest is also believed to improve your posture. This invention has been around since 2015 and costs around thirty euros.

What does it consist of: An exercise tool to put in the mouth to work the muscles of the face
Date of invention: Unknown Average
price : 35 dollars

It looks like a torture device straight out of a horror movie, but it isn't. This little pink figurine to wedge between your lips is actually used to strengthen the maxillofacial muscles. This helps prevent sagging and aging of the skin. Just use it three minutes a day to see results over time.

This small mouth exercise figure is made by Taruman and costs around $ 35. It comes in two options: strong and normal, both made of elastomer. As an indication, the dimensions of the figurine are 5.3 x 3.3 x 3.3 cm. You can vary the strength and intensity depending on the state of shape of your face.

What does it consist of: A mask that translates into different languages
Date of invention: 2020
Average price: 45 dollars

Masks and other face coverings are rife around the world today, so it makes sense that a business should take advantage of this opportunity. The C-Face smart mask covers the face of the wearer while amplifying and translating their voice into eight different languages.

The potential uses of this brilliant invention are truly endless (and well justify its price), whether in the diplomatic world or in tourism. A mask that actively translates your words is not only enhanced protection, it could also help you meet new people on your way.Advertising

What it is: Works like a bicycle lock, but for your umbrella.
Date of invention: 2018 Average
price : 0 dollars

This invention could prove to be very useful. Who hasn't had their umbrella stolen once (or lost it thinking someone had taken it)? Japanese malls and stores have developed a locking system that works as a lock for bicycles, but usable for umbrellas. You lock your umbrella before entering the store.

Then you pick it up when you leave. As a bonus, it allows you to get rid of your wet umbrella while you do your shopping, which will no doubt delight you and the managers of the store. Another advantage and not the least: it's completely free. Advertising

What it consists of: A mop controlled by a video game controller.
Date of invention: 2015
Average price: 80 dollars

It is the Japanese company Kyosho which markets it, and it presents this remote-controlled mop as a means of "mopping without passing it". This remote control mop is somewhat reminiscent of Roomba, except it's a mop instead of a vacuum cleaner. It is controlled from a video game console / controller.

Although she doesn't have the hi-tech look of her iRobot cousin, her oddly childish side is part of her charm. On the other hand, it is less likely to frighten your pets while it spins around the house to make your floors shine - which is a big plus for us.6. Towel-hide to eat a hamburger

What it consists of: Hide your face while you eat your hamburger
Date of invention: 2013
Average price: free with the purchase of a classic hamburger (which costs   7.50  dollars  ) *

The Classic Burger of Freshness Burger was ordered by men. The Japanese restaurant chain, which serves mostly American fare, couldn't understand why only men ordered a burger. Then they understood. In Japan, “Ochobo”, meaning having a small mouth or covering one's mouth in public, is very important.

Freshness Burger has created the Liberation towel, which hides your face while you eat your burger. Thus, women can continue to respect the “Ochobo” tradition while enjoying a delicious burger. Although it seems a bit far-fetched, the Liberation towel has been a huge hit. Sales of Freshness's Classic Burger have indeed jumped 213% among women.

What it consists of: A funnel-shaped microphone that lets you sing along quietly.
Date of invention: 2019
Average price: 75 dollars

Manufactured by Prodiea, the Silent Karaoke Mic is a device that allows you to practice at karaoke parties without disturbing your neighbors or the people you live with. The Utaet Voice Training silent karaoke mic is shaped like a funnel that you sing into. It's quiet, reducing the volume by almost 70%, so you can sing along to your favorite hits.

You can listen to music through headphones. Prodiea also suggests in its ads that it might even help you lose weight if you dance while you sing. Even if some will find this device somewhat antisocial, by depriving yourself of performing in public in front of your friends (and strangers), it can be a good way to practice before making a fool of yourself on D-Day!Advertising

What It Is: A USB powered tabletop washing machine for cleaning small gadgets.
Date of invention: 2018
Average price: 45 dollars

When we hear "mini washing machine", we could think of a compact device for washing our laundry. But Japan is taking the concept of "mini" to the extreme with this tabletop washing machine powered by a USB cable. You can use it to wash watches, glasses and other small gadgets.

The invention was designed for people who work in dusty or dirty environments and who need to clean up quickly. The device is made by Thanko, who called their product “the mini desktop USB washing machine”. It measures 6.3 inches by 2.9 inches, and operates in 10-minute cycles.  Advertising

What it consists of: Benevolent robot dinosaurs registering hotel guests
Date of invention: 2015 (certified by Guinness World Records in 2016)
Average price:  0  dollars * (not for sale, they work in a hotel)

Jurassic Park fans will love them. At the Henn-na Hotel, located in the Urayasu district of suburban Tokyo, two new staff members have appeared. The reception is manned by robotic dinosaurs. Dinosaurs are equipped with sensors and when they feel you approaching they will shout “WELCOME” to you.

In Japan, you'll find all kinds of robotic assistants designed for customer service, but these animatronic dinosaurs are arguably the most original. Who wouldn't love to be greeted by a friendly tyrannosaurus every now and then?Advertising

What does it consist of: Glasses connected to your Smartphone
Date of invention: 2014
Average price:  399  dollars

Made by Fun'iki, these glasses are called Ambient Glasses Digital Eyewear , and they're pretty cool. They connect to your iPhone or Android device via Bluetooth (like wireless headphones). These glasses use sound signals and LED lights to alert you when you have a message, meeting or any other notification on your phone ...

While most American users have in mind the unfortunate Google Glasses which never managed to find their place in the market, this Japanese alternative has an interesting advantage because it is only dedicated to push notifications. So you're not constantly inundated with digital information, as was the case with Google Glasses .Advertising

What it consists of: Devices placed in elevators to indicate if it is raining.
Date of invention: 2019
Average price : unconfirmed

Osaka, Japan experiences some of the highest rainfall levels in the country, even during the driest months of the season. Annual precipitation reaches nearly 2000 mm per year, and the average temperature is 16 degrees Celsius. Inventors from Osaka decided to better serve the city's residents by creating rain indicators.

These have the shape of large capsules and are installed in elevators. A red icon of an umbrella dripping with water lights up when it rains outside, so people can pack their umbrellas. The service is free to users, and has been around for about a year.Advertising

What does it consist of: A waterproof phone case attached to a bath cushion
Date of invention: 2015
Average price:  35   dollars

Another great invention from Thanko, which adds to the mini washing machine and a host of other great stuff, is the Bath Air Pillow smartphone holder . This holder allows you to take your phone with you in the bath without the risk of it falling into the water and breaking. You attach the phone to the waterproof pillow, which allows you to rest your neck.

You then slip your phone into the integrated case attached to the pillow. The case is waterproof, so you can type on the screen even if your fingers are soapy or wet. Some critics will say bath time is the perfect time to disconnect, but the thought of being able to enjoy a good bath while reading your current e-book is too alluring to resist.Advertising

What it consists of: A soundproof jar that you can shout in to release your stress.
Date of invention: 2016
Average price: 75 dollars

We are all prone to stress, but it is not always possible to be able to scream as much as we would like at these times. The Banraishop Scream Jar Voice Silencer is precisely designed to relieve stress. Just bring the jar to your mouth and scream at it. It is soundproofed, so you will only hear a very small whisper.

The Voice Silencer is also great for practicing karaoke or singing, but, judging by the reviews, people mostly use it to vent their anger. Some give it to their children to let off steam by screaming in it. It is available on Amazon for around the sum of 75 euros. Advertising

What it consists of: Trimming your dog's hair in geometric shapes
Date of invention: around 2015
Average price:  5 dollars (average cost for a grooming session *)

Initially, dog grooming was primarily for a practical purpose. Then dog shows turned it into an art and today everyone is trying different styles in order to achieve the most creative look. In Japan, a new trend is to trim and shape your dog's hair by giving it geometric shapes, like cubes, trapezoids or parallelograms.

This is especially true for miniature poodles. More and more Japanese are buying miniature poodles, and grooming salons have had to increase their prices by almost 8 euros. The average cost of a grooming is 50  dollars (6,000 Japanese yen ) , which represents an increase of almost 20%. 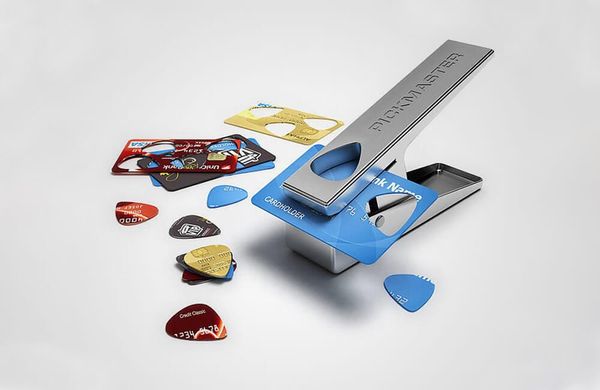 We've all found ourselves with old furniture, old tools, or even old tapes that we don't know what to do with. In most cases, the instinct is to throw them in the trash, but before you do that, you might be better off taking a look at these upcycling ideas.

Finding the right outfit for any special occasion can be very difficult, but it's even worse when it comes to dresses. The latest fashion trends are often very expensive, so it's understandable that some would look for a similar style elsewhere to save a few bucks.