When she was breastfeeding her second child she couldn't get above 90 pounds, regardless of what or how much she ate; she had only gained about 15 pounds during her pregnancy (fear not, my niece is a perfectly healthy child).

This woman eats constantly, and not especially healthily. She loves butter, probably eats it at every meal.

She may eat more than my brother does, and he has always struggled with his weight, having recently dropped over 40 pounds after surgery was complicated by his abdominal fat.

He had to severely restrict his caloric intake and work out daily to drop that weight in 7 months.

My sister-in-law wants to gain weight, because at nearly 40, she's tired of buying jeans in the kids' department because she can't find women's jeans that fit her tiny frame.

She simply can't gain, no matter what or how much she eats, and according to her doctor, there is nothing physically wrong with her.

She just has an exceptionally high metabolism and can't keep weight on.

She is one of the reasons that skinny shaming bothers me so much.

People are constantly telling her to “eat a cheeseburger” and pointing out how small she is, and that's hurtful to her.

In her mind, it's no different than telling an overweight person to “eat a salad”, something that would never be seen as acceptable in Western society these days.

If fat shaming is wrong, so is skinny shaming.

You don't know why that person is so thin, or whether they're happy with their size.

(I'll add that my sis-in-law, while petite and very slim, is not an alarmingly skinny person; she doesn't look bony or anorexic.)

She is not the only “naturally skinny” person I've known; my cousin's husband has also always been naturally very thin and struggled to put or keep weight on despite a high-calorie diet, and has also voiced his frustration about it.

Some people also have smaller frames than others. If you see my sister and I side by side, you'll see that I am broader through the shoulders and hips than she is, although she is taller.

At my very thinnest — 121 pounds at 5′5″ — I still wasn't “skinny”, and I hated my body; my ass disappeared (and I quite like my normal ass) and my breasts deflated.

Because I am not “naturally skinny”, regardless of what I eat.

My ideal weight range is around 130-135 pounds. Less than that and I just don't look right.

It's not about how much you eat, it's about your metabolism and the way you are built. 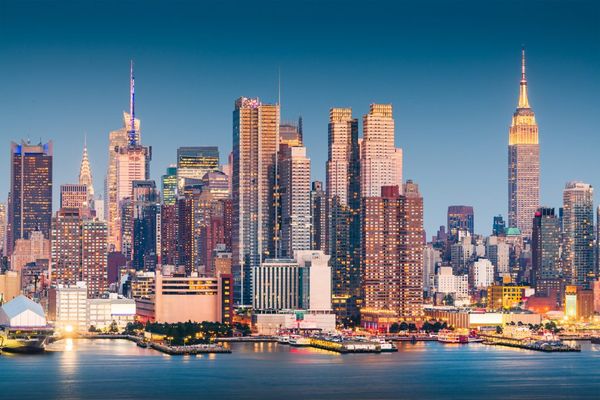 People pay a lot of money to live in tiny apartments in NYC.  And they do it because New York gives you a million and one excuses to not be

Last Thursday, we sat down with the talented Francesco Brunetti, an industrial designer based in Odense, Denmark. The 29 years old born and originally from Italy was raised in Pescara,