The official name of this river is Odeleite River, in original language it sounds like Ribeira de Odeleite. It’s located in the municipality of Castro Marim, Algarve, in Portugal, near the border of Spain. It originates in the mountains of the Serra de Caldeirao & flows through the municipalities of Sao Bras de Alportel, Tavira, Alcoutim, Castro Marim Faro district. Odeleite is a right tributary of the River Guadiana.

It’s known as the Blue Dragon because of its dark blue colour & such unusual curvy shape, surrounded by the contrasting coasts, resembling the image of a dragon.

On the shore there is an interesting landmark- The Church of the Visitation of The Mother of God. White houses of the village on the bank of the river give this place a special charm. To see the river in all its glory, you need to climb to the source at the top of the hill. The opening view which inspired the photographer Steve Richards who took its first pictures & discovered the remarkable shape which makes the river unique.

It’s outline is exactly like a blue dragon. In Chinese mythology, the dragon is the symbol of yang and the phoenix is ying. He took the photo on his flight from Cardiff to Faro, Portugal. Every year, many tourists from around the world, especially from the southern Spain go in the Odeleite region to enjoy the beauty of The Blue Dragon.

It seems that somewhere in Europe, in the far western part of the continent, was this giant blue dragon hidden. It is fascinating to see how the archetypes of the world are represented on Earth and how they can be absolutely anywhere, waiting for someone to discover them.

About the author  Aditi Maheshwari

By Yara Arkadan | YEET MAGAZINE Posted at 0200 GMT (1000 HKT) on June 16, 2021 - If you're a social media user on Facebook or Instagram, chances are you have been targeted by apps and tutorials showing how to edit pictures... 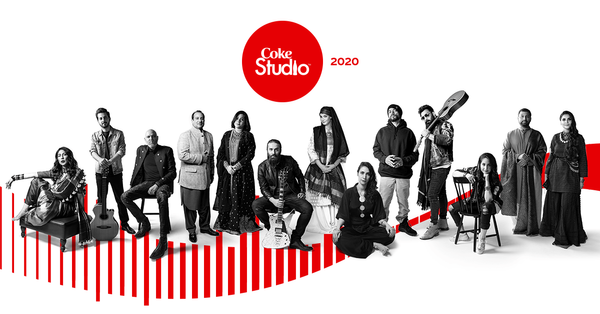 Coke Studio is a popular Pakistani music segment and is a music franchise that shows live studio-recorded music performances by popular and upcoming new musicians. It is the longest- music show in Pakistan, which has been running since the year 2008.