Since 22-Year-Old Singe Kodi Lee first came onto the “America’s Got Talent” scene, he’s stolen hearts with both his impressive natural talent and his touching story of determination and positivity.

Any contestant would have been thrilled to be in Kodi’s shoes, but the 22-year-old blind and autistic singer has beaten the odds multiple times and continues to shine ever since receiving the golden buzzer.

“He’s making people believe in something they didn’t even know is attainable,” Gabrielle Union told People in August. “He’s magic.”

“There are a lot of people in the world we put limits on. We say, ‘This is what’s good for you.’

We hold people back with our shortsighted thinking and our bigoted views.

You have a family like Kodi’s who supports him and sees the beauty and the immense talent. They fought for those resources,” she added.

22-Year-Old Singer Kodi Lee, Who Is Blind and Has Autism, Wins 'America's Got Talent'.

Since Kodi Lee first came onto the “America’s Got Talent” scene, he’s stolen hearts with both his impressive natural talent and his touching story of determination and positivity. 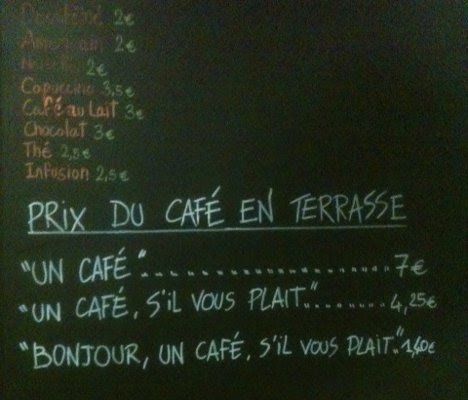 The owners of a café in the south of France have struck a blow for good old-fashioned French politeness, with a sign charging extra for customers who forget their manners